Newsletter.
Welcome to our accounting software newsletter
/ Blog / How will the GST affect rental income?

How will the GST affect rental income?

There is bound to be some confusion on the effect of the goods and services tax (GST) on the rental income of properties once the value-added tax takes effect on April 1, 2015.

But it may not be that straightforward as some residential properties could be used for commercial purposes, and vice versa.

Currently, the Government is still pending a decision on the treatment of GST on rental income.

“This is because the Royal Malaysian Customs requires the landlord to determine the actual usage by the tenant in deciding whether GST is applicable, which in practice will be very difficult to do,” Moore Stephens executive director Chow Chee Yen tells StarBizWeek.

Chow, who is also executive director at Advent MS Tax Consultants Sdn Bhd, urges the government to issue guidelines specifically on rental income to clear the air on the uncertainties. 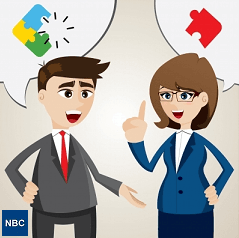 “The Government should obtain feedback from professional bodies and the (property) industry before issuing guidelines,” he says.

According to him, participants at GST seminars are in favour of Customs qualifying GST on rental income based on the title of the property rather than usage.

“I concur. That would be more practical,” Chow says.

Meanwhile, other tax consultants disagree on the matter, asserting that levying GST based on actual usage instead would simplify the process.

“Consider carefully the usage of the property. If it is to be used solely as residence, that would be clear cut – no tax. But the anticipated interpretation is that the GST will be applied according to its usage, not title, as published previously. The public must be clear on this,” Tax Advisory And Management Services Sdn Bhd executive director Yong Poh Chye says.

“We need to know for sure if the rental and sale of properties will be assessed based on usage rather than title. The matter is still being discussed by the government. Hopefully, a decision will be announced at the upcoming Budget 2015.”

An apartment that is rented out to a dweller will not incur GST. The first criteria that qualifies a commercial property for GST of 6% is that the owner’s total rental income exceeds RM500,000.

The RM500,000 is the total rental derived from of all the properties registered under an individual’s name or that of his company’s.

Similarly, the rental of small-office-home-office (SoHo, SoVo and others similar concepts), which bear a commercial title, will be subject to GST. However, if the owner can prove that the unit is used as residence rather than commercial use, the tax won’t apply.

This is an instance in which units within a building with a commercial title may be exempt from GST.

“Look at the tenancy agreement, its resident or user, and activities. If purely residential, then there is no charge,” Yong says. “But if the unit is used as an office, the owner is responsible for declaring for GST if his rental income from commercial properties exceed RM500,000.”

Serviced apartments, which bear either residential or commercial title, will also be assessed based on their usage.

Ultimately, it helps to remember the direct co-relation between the rental and sale of real estate when it comes to GST.

Although the onus of registration and filing for the value-added tax is on the property owner, the GST is borne by the tenant. As long as the former qualifies and registers, he can impose GST on the buyer or tenant.

GST for total rental income or sale of commercial properties exceeding RM5mil is to be paid at the end of the month.

“If possible stipulate in the rental agreement the purpose or usage of the property rented out to minimise disputes with Customs. If you are still unclear after GST kicks in, write in to them,” Chow says.