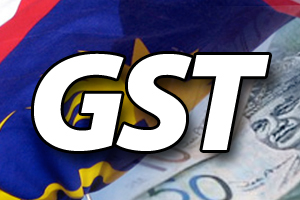 KUALA LUMPUR: With about five months to go before the Goods and Services Tax (GST) comes into force, greater understanding is needed to avoid misconception over what is surely a taxation system that makes tax collection more efficient and transparent.

More importantly, the resulting higher revenue collection would be passed to the people in terms of increased socio-economic benefits.

But unscrupulous quarters are fanning inaccurate assumptions that it would be burdensome and raise the prices of goods and services across the board and hence, the cost of living.

On the contrary, based on 944 items in the basket of goods with the GST, 56 per cent of it may see a decrease in prices, 38 per cent likely go up and six per cent, having no change.

So, it is erroneous to say that prices of all goods and services will increase. The government has also been transparent in outlining the volume of goods which would register price increases or decline or remained unchanged.

More than 160 countries have implemented the GST, value-added tax or consumption tax, with major economies such as Australia, New Zealand and Singapore gaining by way of significantly increased revenue which was passed back to the people.

Moreover, Malaysia’s GST rate at six per cent when enforced on April 1, 2015 will be the lowest in Asean.

Companies, understandably, are concerned over how the GST would affect their businesses. But, the buy-in from the corporate sector is increasing as the number of companies that have registered to date has increased to 131,120 as of Nov 9, 2014.

This is thanks to the promotional activities by the Royal Malaysian Customs and Excise Department.

It is important to remember that the GST, which replaces the current Sales tax of 10 per cent based on the type of goods and a Service tax of six per cent, has taken into consideration the interest of the lower income group.

Basic food items such as rice, flour, bread and infant milk are zero-rated, while public transportation such as rail, bus, taxi and water transportation are exempted from the GST.

Under the Budget 2015, assistance would be given to the lower income bracket, to help alleviate the rising cost of living with RM950 given out for households earning less than RM3,000 per month under the Bantuan Rakyat 1Malaysia (BRIM) programme.

Another clear reflection of the government’s zeal to reduce the people’s financial burden is keeping to its promise of lowering the tax rates on all taxable income groups of between one and three per cent for the year of assessment 2015.

As a progressive tax system, the government is expected to collect more revenue via the GST compared to the Sales & Service Tax (SST) system due to efficiency and transparency in the GST system.

The additional tax revenue can be ploughed back for infrastructure development, transport, health and social security.

More companies are expected to come on board to register under the GST system, with businesses having an annual revenue exceeding RM500,000 required to register.

Those with an annual revenue of below RM500,000 are encouraged to register to claim credit for the input tax when dealing with larger enterprises under the GST system.

It is estimated that about 200,000 companies will register for the GST by year-end.

It is projected that with the GST system which is devoid of cascading or hidden taxes as in the current sales tax, the government can collect an additional RM5.6 billion in tax revenue.

The GST is also expected to raise the economy’s Gross Domestic Product (GDP) by an estimated 0.3 per cent, raise exports by 0.5 per cent, plus reduce bureaucracy and business costs.

The people in the meantime, must have faith in the government’s move to restructure the taxation system, to make it more effective and self-policing.